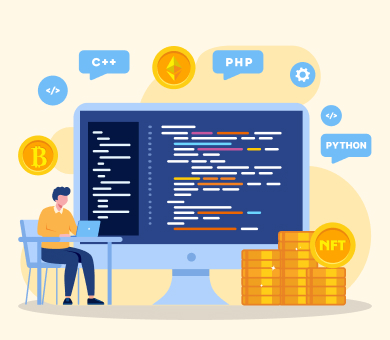 Blockchain revolutionizes the way companies do business regardless of their industry. Companies that operate in healthcare, logistics, energy and utilities, FinTech, and many other niches seek opportunities to enhance their workflow efficiency and make their operations more transparent, secure, and fast with the Blockchain technology.

Here is the list of the top 10 programming languages that software developers opt for in their projects.

C++ is a performant, general-purpose programming language that is used for building diverse software, including Blockchain solutions. Such systems as Bitcoin, Litecoin, EOS, Ripple, and many others are written in C++.

One of the main C++ benefits is that it’s an object-oriented solution that provides access to low-level functionalities. This means that being object-oriented (OOP) C++ significantly facilitates and speeds up the software development process, meanwhile, it’s easily compatible with C and, therefore, can be used for low-level coding which is close to machine code instructions. This makes C++ apps extremely fast and simple to scale.

Blockchain developers opt for C++ as they can use a variety of programming OOP methods, including primitive control over memory, advanced approach in multi-threading, runtime polymorphism, and others. This helps software developers mix the data the way they like, creating complex and powerful solutions.

Python has gained popularity in the Tech world for its simplified, close-to-natural language syntax. Although this programming language is a comparatively new solution for Blockchain, it’s been implemented for building various networks such as Ethereum, Steem, NEO, QTUM, and others.

Some Blockchain developers opt for Python as it allows quick prototyping of new ideas and it has an extensive library of various resources such as own and external libraries, plugins, and frameworks. All of them are open-source which means that there is a simple and quick solution to almost every Blockchain development issue.

Java is one of the main C++ competitors by popularity and comprehensive approach to software development. Many prominent Blockchain solutions were developed with Java, including Ethereum, Hyperledger Fabric, IOTA, NEO, and many others.

The most useful features Blockchain developers like in Java are API, OOP, and Portability. These three features allow the building of well-structured, performant applications that can be simply integrated with other digital solutions and run on practically any platform and device. Another Java advantage is its secure interface. This programming language effectively reduces any security threats with the help of its security manager, its sandbox known as Java Virtual Machine, and byte-code verifier checks.

Rudy is a great choice for those who want to develop a Blockchain solution quickly. Combined with the Ruby on Rails framework, it’s believed to be one of the most time-efficient solutions in the software development market. Software developers choose Ruby for its memory allocation capabilities, simplicity, developer-friendly environment, and cross-platform support.

This programming language has a strong and supportive community. Software developers can find a wide range of step-by-step tutorials on Blockchain development with Ruby, including guides on how to build distributed ledger systems from scratch, books on how to create Smart Contracts, tutorials on programming Bitcoin Script Transactions, and many others.

Golang, also known as GO language, suits well for building quick and efficient Blockchain solutions. With Golang software developers can create multi-threaded applications that efficiently use computing resources which is a must for effective Blockchain operation.

Apart from the multithreading feature, software developers opt for Golang as it’s a compiled and statically-typed language. This protects Golang apps from many runtime errors and ensures a much smoother development experience.

Another Golang advantage is that it compiles directly to machine code instead of using any virtual machines. As a result, it reaches nearly a C++ level of performance. Meanwhile, Golang incorporates various coding practices from other programming languages, which makes its code much simpler and less verbose to write.

C# is a powerful OOP solution that is syntactically close to C++ and Java. This makes it an ideal option for Blockchain development. The most popular solutions built with C# include Straits, NEO, IOTA, and a Blockchain-as-a-Service that allows building apps on distributed ledger platforms.

Why do Blockchain developers use C# in their work? There are many reasons for that. It offers a wide range of development tools and has a robust .NET Framework for building enterprise-level solutions. With C#, software developers can connect various Blockchains with each other, creating an environment that includes several interoperable platforms and apps written in different programming languages. Many large corporations and growth-oriented stratus choose C# as their main programming language for the fast and smooth development of their projects.

Solidity is an object-oriented statically-typed programming language designed especially for the creation of Smart Contracts and applications that run on an Ethereum Virtual Machine. The Ethereum creators develop and support Solidity for their in-platform needs.

The programming language is similar to ECMAScript in its syntax. Therefore, software developers who build digital solutions for other Blockchain platforms can use Solidity to better understand the specifics of distributed ledger development.

PHP is a time-tested programming language widely used for building web solutions that can be successfully applied to some Blockchain projects. For example, it’s inefficient to use PHP for creating Proof-of-work and mining algorithms whereas it’s an appropriate solution for EC signatures as it provides pure EC cryptography libraries for that. Therefore, PHP should be carefully considered before adding it to the Blockchain development tech stack.

Although PHP doesn’t suit for building any Blockchain solution, many developers still use it in their work. That’s because PHP has a simple and straightforward syntax, the PHP codebase is easy to maintain, it’s flexible, and supports a wide diversity of databases.

Simplicity is another programming language that specializes solely in Blockchain development. It was created as an alternative to Ethereum’s EVM and Bitcoin script and is used for Smart Contract development.

Simplicity reduces the complexity of Smart Contracts created for Bitcoin and Ethereum while making them more reliable and feature-rich. A great Simplicity advantage is that it’s easily compatible with Blockstream’s Element platform that supports a variety of open source, sidechains, or independent Blockchains.

Blockchain has become a disruptive technology for many industries today. Therefore, more and more businesses consider the possibility to apply this technology in their Blockchain app development. While the benefits of distributed ledgers are clear, it can be difficult to find the right programming language to build a solid and reliable Blockchain solution.

If you’re considering building a custom Blockchain software but unsure which programming language to choose, we’re ready to help you select the best tech stack and provide experienced and knowledgeable developers for your project. 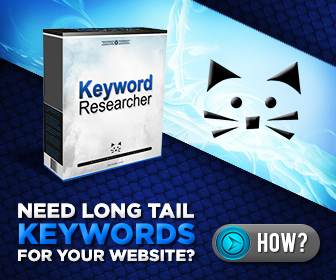