“Firebase and Flutter offer many tools that ‘just work’, which is something that all apps need. I think you’d be hard pressed to find another combination of front end framework and back end services that let developers make apps quickly without sacrificing quality.”

What is your title, and how long have you been at Google?

Rich: I run Firebase Developer Relations,, I’ve been at Google for around 11 years

Eric: I’m an engineer on the Flutter team and I’ve been at Google for a year.

Tell us about yourself:

Rich: I’ve always loved tech, from techy toys as a kid to anything that flies. I still get tech-joy when I see new gadgets and devices. I built and raced drones for a while, but mobile/cell phones are the ultimate gadget for me and enabled my career.

Eric: I’m a software engineer, and these days I’m specifically a Developer Relations Engineer. I’m not surprised I’ve ended up here, as I like to joke “I like computers but I like people more.” Outside of work, most of my time is spent thinking about music. I’m pretty poor at playing music, but I’ve always consumed as much as I could. If I had to choose a different job and start over, I’d be a music journalist.

How did you get started in this space?

Rich: I’ve always loved mobile apps: being able to carry my work in my pocket, play with it, test it, demo it, and be proud of it. From the beginning of my career right up till today, it’s still the best. I worked on a few mobile projects pre-Android and was part of an exciting mobile tech startup for a few years, but it was Android that really kick-started my career.

I quickly fell in love with the little green droid and the entire platform, and through a combination of meetups, competition entries and conferences I ended up in contact with Android DevRel at Google.

Firebase is a natural counterpart to Android and I love being able to support developers from a different angle. Firebase also supports Flutter, Web and iOS, Firebase, which has also given me the opportunity to learn more about other platforms and meet more developers.

Eric: I got into this space by accident. At my first software job, the company was already using Dart for their web application, and started rebuilding their mobile apps in Flutter soon after I joined. I think that was around 2016 or 2017. Flutter was still in its Alpha stage. I was introduced to Firebase at the same job, and I’ve used various tools from the Firebase SDK ever since.

What are some challenges that you have seen developers being facing?

Rich: Developers often want to get up and running with new projects quickly, but then iterate and improve their apps. No-code solutions can be great to start with but aren’t flexible enough down the road. A lower-code solution like Firebase can be quick to get started, and it can also provide control. Bringing Flutter and Firebase together creates a powerful and flexible combination.

Eric: Regardless of the technology, I think the biggest challenge developers face is actually with documentation. It doesn’t matter how good a product is if the docs are hard to find or hard to understand. We’ve seen this ourselves recently as Flutter became an “official” supported platform on Firebase in May 2022. When that happened, we moved the documentation from the Flutter site to the Firebase site, and folks didn’t know how to find the docs. It was an oversight on our part, but it’s a good example of the importance of docs. They deserve way more attention than they get in many, many cases. 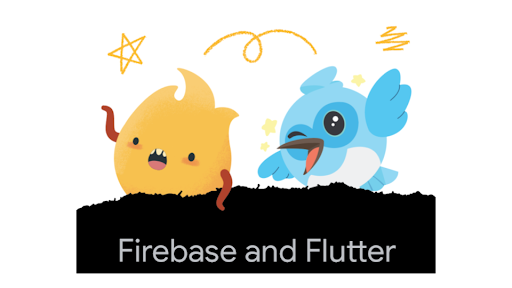 What do you think is the most interesting or useful resource to learn more about Firebase & Flutter? Is there a particular library or codelab that everyone should learn?

Rich: The official docs have to be first, located at firebase.google.com. We have a great repository of Learning Pathways, including Add Firebase to your Flutter App. We’re also just launching our new Solutions Portal with over 60 solutions guides indexed already.

Eric: If I have to name only one resource, it’d be this codelab: Get to know Firebase for FlutterBut Firebase offers so many tools. This codelab is just an introduction to what’s possible.

What are some inspiring ways that developers are building together Firebase and Flutter?

Rich: We’ve had an interesting couple of years at Firebase. Firebase has always been known for powering real-time data driven apps. If you used a Covid stats app during the pandemic there’s a fair chance it was running on Firebase; there was a big surge of new apps.

Eric: Lately I’ve seen an interest in using Flutter to make 2D games, and using some Firebase tools for the back end of the game. I love this. Games are just more fun than apps, of course, but it’s also great to see folks using these technologies in ways that aren’t the explicit purposes. It shows creativity and excellent problem solving.

What’s a specific use case of Firebase & Flutter technology that excites you?

Rich: Firebase Extensions are very exciting. They are pre-packaged bundles of code that make it easy to add new features to your app from Google and partners like Stripe and Vonage. We just launched the Extensions Marketplace and opened up the ability for developers to build extensions for their own apps through our Provider Alpha program.

Eric: Flutter web and Firebase hosting is just a no brainer. You can deploy a Flutter app to the web in no time.

How can developers be successful building on Firebase & Flutter?

Rich: There’s a very powerful combination with Crashlytics, Performance Monitoring, A/B Testing and Remote Config. Developers can quickly improve the stability of their apps whilst also iterating on features to deliver the best experience for their users. We’ve had a lot of success with improving monetization, too. Check out some of our case studies for more details.

Eric: Flutter developers can be successful by leveraging all that Firebase offers. Firebase might seem intimidating because it offers so much, but it excels at being easy to use, and I encourage all web and mobile developers to poke around. They’re likely to find something that makes their lives easier. 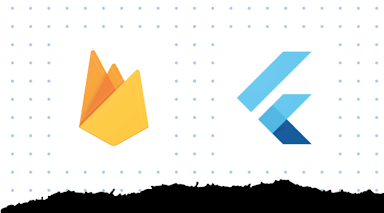 Rich: Over the next year we’ll be focusing on modern app development and some more opinionated guides. Better support for Flutter, Kotlin, Jetpack Compose, Swift/SwiftUI and modern web frameworks.

Eric: There is a genuine effort amongst both teams to support each other. Flutter and Firebase are just such a great pair, that it makes sense for us to encourage our communities to check out one another. In the future, I think this will continue. I think you’ll see a lot of Flutter at Firebase events, and vice versa.

How does Firebase & Flutter help expand the impact of developers?

Rich: Firebase has always focused on helping developers get their apps up and running by providing tools to streamline time-consuming tasks. Enabling developers to focus on delivering the best app experiences and the most value to their users.

Eric: Flutter is an app-building SDK that is a joy to use. It seriously increases velocity because it’s cross-platform. Firebase and Flutter offer many tools that “just work”, which is something that all apps need. I think you’d be hard pressed to find another combination of front end framework and back end services that let developers make apps quickly without sacrificing quality.

Find a Google Developer Group hosting a DevFest near you.

Want to learn more about Google Technologies like Firebase & Flutter? Hoping to attend a DevFest or Google Developer Groups (GDG)? Find a GDG hosting a DevFest near you here. 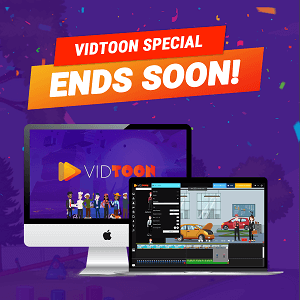