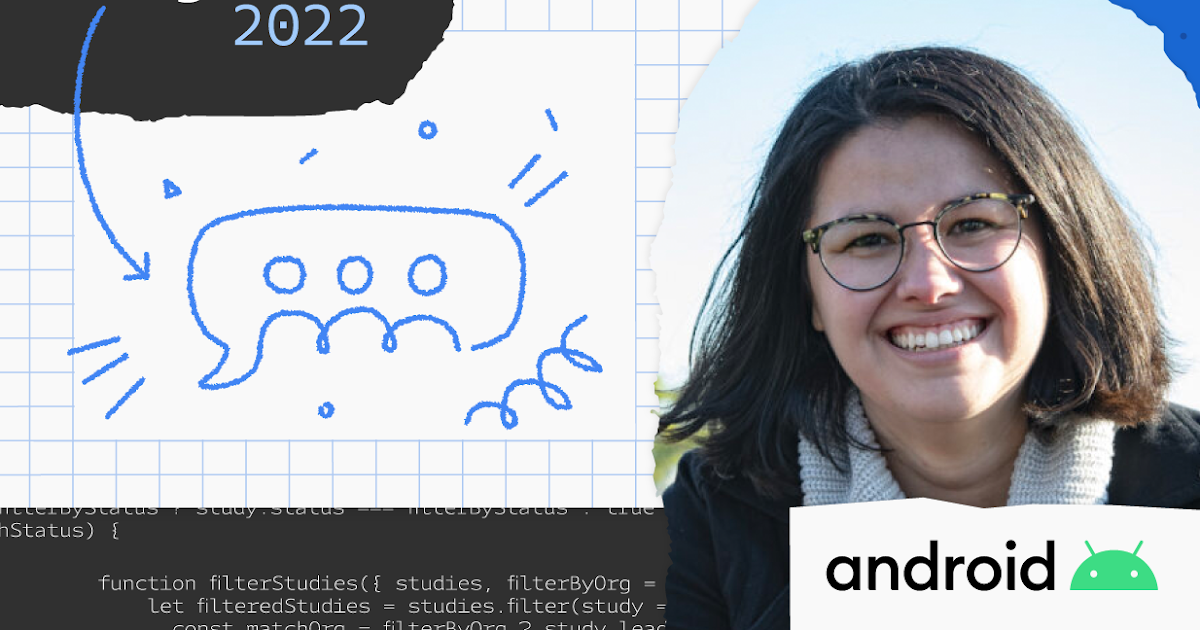 “I would love to see more stepping out of our comfort zones, playing with technology, and bringing back that joy of what got us into Android development in the first place.”

Learn Android tools and tips from Android Community Lead, Yasmine Evjen, and hear from her first-hand on how to get involved.

Among the many inspiring experts in the Android developer community is Yasmine Evjen, a Googler for over five years who now serves as new Android Developer Relations Community team lead. Read on to see Yasmine’s Evjen’s outlook on her favorite Android tools and Android Developers who inspire her.

What is your role and how long have you been at Google?

“I began my career at Google as a Design Advocate, supporting Material Design and design sprints. As my role developed, I became a Developer Relations Manager, and now, I’m leading the developer community efforts for Android.”

Why did you get into Android? And in particular how’d you get started in this space?

“Some of my favorite things about the Android platform are how accessible Android devices are to developers, the tools that you can use to interact with the platform, and the way it encourages experimentation. Community has always been at the core of Android. The community of Android developers is so important and critical, and it’s really one of the greatest communities that I’ve had the pleasure to be a part of.”

What do you think is the most interesting and useful learning resource for learning more about Android? Is there a particular library or codelab that everyone should learn?

“I’ve always appreciated the Android community’s excitement about new features, customizations, and apps. In particular, I’m excited about Jetpack Compose, which makes it easy to build great quality experiences at a faster pace. I’m excited to see Jetpack Compose making it easier to build a better UI. Jetpack Compose code is easy to read and follow, and it doesn’t take as much code to get what you need.”

What are some most surprising or inspiring ways developers and technologists are building together using Android?

“I love seeing community members invest in their own technical skills and pursue new career paths. I’ve noticed developers who are willing to try new things, learn new technologies, and share with the community are frequently able to move up in their careers. I love to see people experiment and then go out and do it…

For example, Tasha Ramesh, is an Android engineer at Tinder. She gave a talk at droidcon New York, called ‘Creative Coding with Compose. It was about exploring creative coding, such as Generative Art and Interactive Art, with Jetpack Compose, and she speaks to Jetpack Compose making it really simple and easy to build great visual and graphic experiences.

It’s great to see them bringing the Android developer community together, to share knowledge, help each other, and connect. It brings me joy when I see what they’re cultivating.

The Android developer community is close-knit, and I’ve been able to see community members, like Android GDE Annyce Davis, grow throughout the years.

When I first met Annyce Davis, she was an Android developer, and throughout the years she’s pursued management, and now is the Vice President of Engineering at Meetup.

Accessibility is also a big part of application development. I want to spotlight the work of Android Google Developer Expert Zarah Domingues. She has made helping others one of her priorities and has helped make accessibility be thought about first and foremost in the minds of developers. She continues to build solutions that have a positive social impact by running Android meetups in Sydney, Australia, organizing DevFests, and speaking at community events in the U.S., Australia, and New Zealand.

Those are a few examples of Android community members who have cultivated skills, shared knowledge, and experimented.”

How can developers be successful building on Android?

“I want to encourage Android developers to stay curious, because new features are being released regularly and shared within the Android developer community, whether that’s API changes on the platform or new libraries and toolkits.

I think that the more that you stay curious, it’ll lead you down a path where you’ll be able to continue to grow in your skill set and really build great experiences.

There’re a lot of ways to learn from developers in the community and apply your skills through hands-on activities, like code samples and tutorials.

Compose Camp is one of the neat things that is currently being done across DevFest, and I think that’s a great opportunity to jump into Compose, to really understand it and start experimenting with it.”

What would you like to see next in the Android community? Or what kind of future could we build?

“I want to encourage that energy and excitement of experimentation and curiosity. I would love to see more stepping out of our comfort zones, playing with technology, and bringing back that joy of what got us into Android development in the first place.

As for what’s ahead, I hope to hear from the Android developer community about your hopes and needs. On the developer side and on the consumer side, there is a lot of energy and excitement for Android.”

Android Developers, we want to hear from you! What do you want to do more of? What community opportunities would you love to have? Send Yasmine your ideas on Twitter to @YasmineEvjen. Follow Yasmine on social media: @YasmineEvjen

Find a Google Developer Group hosting a DevFest near you. 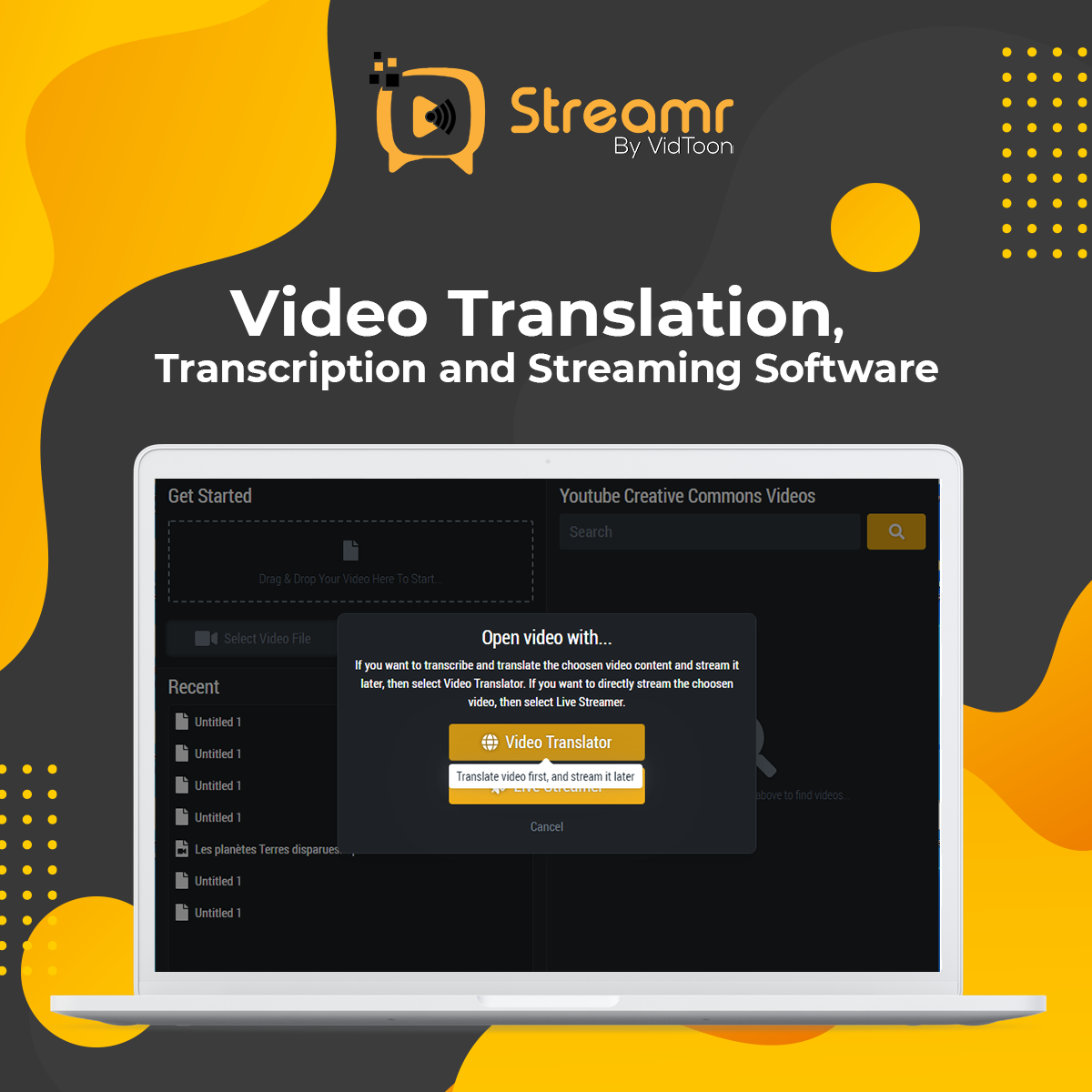